Inspecting the role of the physician in ACOs 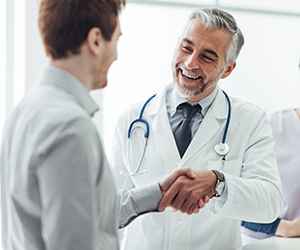 As delivery system reform experts puzzle over what makes accountable care organizations successful, they might want to pay more attention to the physicians in those organizations, suggests a study published Monday in Health Affairs.

The study found significant physician churn from year to year, as well as an uneven distribution of patients among physicians in one Medicare Pioneer ACO. The results raised questions about the structure of ACOs—a payment model touted by many and supported by the CMS—and their ability to achieve the goals of lowering costs while improving quality.

“Physicians really are the crux of the ACO itself,” said Dr. John Hsu, the lead author of the study and the director of the clinical economics and policy analysis program at the Mongan Institute of Massachusetts General Hospital in Boston. “It’s really important to look to see how things are actually working, and what are the areas of concern and how we might be able to anticipate potential problems that could arise downstream and head them off.”

Hsu and his co-authors examined Boston-based Partners HealthCare System—Mass General is part of Partners HealthCare—which had a Medicare Pioneer ACO that covered more than 82,000 beneficiaries during its initial three-year contract from 2012 to 2014. They looked at beneficiary distribution across physicians and changes in physicians by year, and what they found surprised them.

On average, ACO beneficiaries made up less than 5% of a doctor’s patients, which in turn meant that the financial risk imposed by the ACO contract was unlikely to have a significant effect on physician behavior. The researchers described this phenomenon as a “dilution” of ACO incentives.

This distribution could, theoretically, give ACOs the opportunity to cherry-pick patients by selecting only certain physicians each year. It was, the authors wrote, “a relatively simple mechanism to ‘game’ the risk pool.”

That was not the situation with Partners HealthCare, Hsu said. The ACO was interested mainly in expanding its reach and encouraging physicians to participate—not in getting them to leave. But at the time the ACO had relatively modest financial incentives and was performing well.

“When incentives are higher, and/or the ACO is performing less well … this would be an easy mechanism to really dramatically influence the patient population,” Hsu said. “The key point is that the physician played a central role,” because a physician’s participation in an ACO can heavily influence its financial and quality outcomes, he added.

The researchers discovered significant turnover among physicians participating in the ACO. When the researchers tracked 748 primary-care physicians over the three years of the contract, it turned out that just 392 of them, or 52%, were affiliated with the ACO for the entirety of the contract. They also found that the mean number of ACO beneficiaries per physician was 70—less than 5% of the 1,700 total patients a physician saw on average.

“This limited ACO penetration at the physician level could mitigate the ACO’s potential to achieve its financial targets,” the researchers wrote. A more effective approach to reduce spending might be adopting a system-level approach, rather than expecting physicians to change practice patterns for a tiny minority of their patients. Or, ACOs could aim to be more efficient in driving change by concentrating more beneficiaries among fewer physicians, they suggested.

A major limitation of the study was that it looked at just one Pioneer ACO in one market— Medicare. Its findings, the researchers warned, were not necessarily applicable to other ACOs or even other Pioneer ACOs. But given the fact that Partners HealthCare was operating one of the country’s more mature ACOs during the period studied, the researchers suggested that their findings did not bode well for other ACOs, where turnover might be even greater.